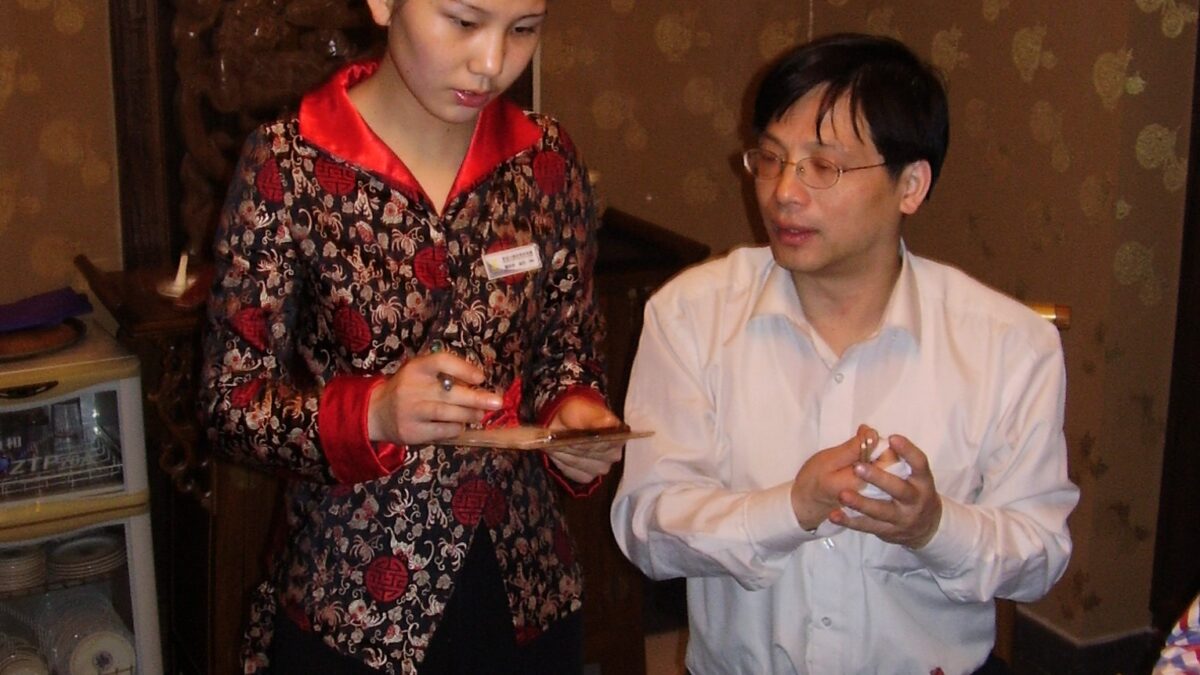 Just before the Spring festival, on a freezing Friday night out, I was told that it was the last day of the coldest period – known as ‘Da Han.’  On this day, the god of the home reports back to the top god about how clean and kindly your household is. On that day, you should leave out some ‘Tang Gua’, a very sweet snack, to ensure he gives a good report and brings good luck to the family. The story’s surprise was how easily a god could be bribed and it struck me as a good example of how pervasive corruption is in Chinese culture and how normal this behaviour is.

I have a friend who is an accountant and a more honest person would be hard to find. She would often tell me how worried she was about some of the transactions she had to process as part of her job. She often collected invoices from our taxi rides and meals to fill holes in the company’s books. At the end of the financial year, she made many trips to the tax office to get the accounts passed and, in the end, had to take the officers for a meal in one of those little closed rooms in a restaurant. At the time, I thought this was just her boss enjoying an over extravagant lifestyle as his business collapsed. Not long after, she changed jobs and told me how bad the accounts of her new company were. ‘They didn’t even have’, she said, ‘the normal two accounting systems, one for internal use and one for reporting to the tax office’. At this point, I realized that fraud is a normal part of Chinese business.

Corruption isn’t limited to business. Jobs and contracts are given to friends and family routinely. It is well known that the most sort after jobs; in civil service, on high-speed trains and in banks are only available to those who know someone. It’s a central idea in Chinese society, known as ‘guanxi’. Jobs in government are well paid and secure, but their appeal must also be the possibility of a little power and the chance to extract a bit of money, or other favours, in return for turning a blind eye. Guanxi isn’t something limited to government officers, even the lowest will use their personal network of people they know to get a job in the city, discount in a shop, or jump ahead in a queue.

It’s quite different in the west, you may get a mate at the front of a busy bar to buy your drinks or get into a club by saying you’re a friend of someone. But there are limits as to how far you can push this before those around you start objecting. We hear in the press, claims of cronyism and the old boy’s network, but its sporadic. In China its institutionalised and part of its culture and folk lore.

Guanxi is very much part of Chinese culture, everyone does it. I see it at work, new colleagues cosying up to me, assuming as a foreigner I must be in a position of importance and a useful contact. Then, as they realise I have no influence over their position or salary, they loose interest.  Chinese also have a lot of respect for authority and are far less likely to openly disagree or volunteer their opinion. The result leads to a generally more compliant, less questioning and tested society and workplace. Senior managers, back in the European head office,  I’m sure are unaware of these cultural difference or the bias it creates below them. They emphasise delivery times and costs and consequently their Chinese staff focus on achieving these goals, if necessary, at the expense of Quality, reliability, safety and working conditions.

It’s the same situation throughout China. The leadership’s emphasis on the economy, security and the popularity of the party encourages the suppression of bad news, the falsification of data, and the overlooking of counterfeit goods, poor quality drugs and vaccines, illegal housing and warehouse content. Whenever there is a scandal or a disaster in China there are stories of corruption and failure of duty involved.

The government is right to try and tackle corruption, it is at the root of all the major public concerns in China whether that is food safety, the economy or pollution. The drive to root it out by Xi Jingping has produced good results; tax officials no longer accept gifts, fake designer goods and prostitution are no longer so brazenly offered, but they are still very available, scandals still regularly occur. Despite the efforts of one of the world’s strongest governments to stamp it out, corruption is still very present. And it’s not surprising when even their gods are at it.