Inner Mongolia – a deal too far 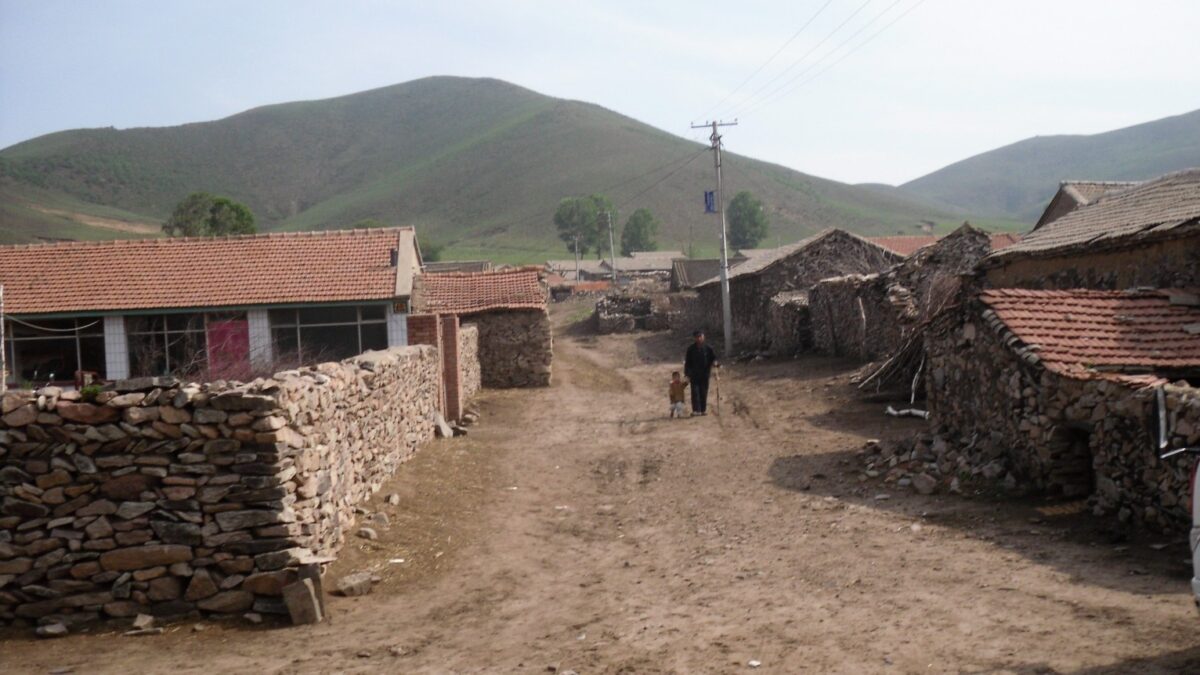 The weekend in Inner Mongolia was suggested and organised by a friend through an agency. I can’t remember exactly how much it cost, but it was surprisingly cheap. The overnight coach, a nights’ accommodation and 3 hot meals was easily less than £50. Great value for a weekend break. But almost from the moment we arrived I felt that, on this occasion, I’d penny pinched too far.

It wasn’t the quality of what was offered. I’ve back packed around Europe and India, stayed in terrible hotels, slept in bird hides and on benches and beaches, but this was the first time I felt guilty about the tightfistedness of a trip. There was a measure of guilt that didn’t help, I’d been to poor areas, far poorer areas, but never in a tour group. In our city clothes, with our bags and fresh faces, marching down the gritty lane from the coach, we stuck out like a foreign invasion, like the unwanted incursion of a city tribe. This wasn’t the type of trip that a westerner would typically join either, its likely I was the first to come here. Usually, there would be grubby children staring at me, calling out ‘hello’ or ‘good morning’, adults watching on, entertained by the strangeness. Here there was no reaction, we were ignored, I felt as remote and irrelevant from their lives as a visitor is to the animals in a zoo.

Our little band passed through the vacant village in the early morning sunshine. Although it was warm, the air was damp with a hint of coldness, a reminder that winter wasn’t far away. Summer here in the eastern grasslands is brief, a short interval to prepare for another harsh, long winter.

At the hotel, an officious middle-aged woman booked us all slowly into the long, single floor, concrete building. She had a bearing that suggested some local authority, the type who whatever they wear looks like a uniform, she was probably the local cadre.  We stood crowded around her metal desk that had been set-up in the dim bare entrance. She entered our names and ID numbers with concentration into a ledger and handed out keys and padlocks for our room doors. It was a strangely subdued atmosphere; those waiting to be registered, concentrating on their phone screens, slowly realising there was no mobile signal, no contact with the other world we’d left behind.

Some instructions were given in Chinese from the agency representative, no questions were asked. Then we all shuffled off to our rooms arranged each side of a corridor as cold, as convivial and as adequate as the undecorated, unadorned room we would occupy. It was reasonable enough though, a pair of single iron beds and a giant old TV that showed grainy pictures from 4 or 5 Chinese channels. It reminded me of a larger version of the set I’d had in my teenage bedroom. The picture quality was like the images I’d got through a coat hanger aerial. It was the middle of the European cup elsewhere in China, but here, maybe no-one knew of it. I could imagine football might seem as foreign as leisure time.

I wondered what could have prompted the need for such a large building as our hotel. The arrival of our coach must have nearly doubled the population of the village, building this as a hotel would have been a bizarre business idea, unless regular parties of tourists had been foreseen. It was more likely these rooms were for workers sent for re-education on farms, or dissidents being silenced by the isolation.

The bedding was clean, and the views and the fresh air were great. We couldn’t wait to be out in the warm sunlight, free from the sinister rooms and the other incongruous visitors. After a short rest we joined a group outside for some horse riding. This cost an extra few pounds, the cash was gathered up and we trekked off to a yard where a collection of saddled horses stood waiting for us.

I’m not a rider, nor particularly fond of horses, but that doesn’t mean I don’t worry about being too big or heavy for the poor animal. I know they are docile creatures and aren’t going to turn on me, but their big teeth, metal shoes and immense weight are still a little scary. I sit stiffly in the saddle while the horse walks along following the others. Out in the huge countryside, under the vast blue sky, it is very pleasant. But like every time I’ve been on a horse, the guide or owner decides to make it trot or run and then I’m bouncing, shaking and slamming my arse into the unfortunate horses back while concentrating on staying upright. There is never riding hats or instruction. I pretend to enjoy it and I manage to stay on top.

Meals were served in a dining room. We all ate together around large circular tables. The food was similar to the university or factory canteens I’d visited consisting of huge trivets of boiled rice and bony brown stews. I didn’t eat much, later there was a barbeque promised; a whole lamb, spit roasted on a metal pole over a halved oil drum of charcoal.

As it grew dark, a ghetto blaster was brought out and a cassette of Chinese pop entertained us while we waited for the beast to be cooked. We stood around in the dirt yard, one side of us harshly lit from the lights of the hotel windows and the other, dark as pitch except the faint glow of the fire and of the night sky. Our faces either shined ruddy in a background of darkness, or in its negative, a shadow of a face against the blazing lights behind.

Periodically, the sheep’s carcass would be carried away into a corner where the light from a bare bulb was used to check if it was cooked. Then it would be returned to the brazier and basted with a large creosote brush of black paste, drawn from a bowl made from the base of a plastic container. Eventually, it was judged done and the crowd pushed around it, ripping off bits of its juicy flesh with their fingers. It tasted good and tender, but I had no appetite for it. The frantic scramble for flesh was like the actions of a starving mob of zombies. An image I preferred to the embarrassment of being seen to be maximising my monies worth in meat.

There was nothing else to do after the BBQ. I walked out into the evening with my friend. It was a relief to get away from the other tourists, the bright light and the overloud music. We wandered down into the village, dark and silent except for the odd animal noise; the bleat of a goat or a dog’s bark. I hoped there might be a rudimentary bar; a few men sitting in the night air drinking a beer, a chance to meet some locals and discover signs of a community, or of a life more than just toil. But there was nothing, just the night sky, its moon and the immeasurable stars illuminating the road and making silhouettes of the houses and the hills behind.

There was just the one street through the village and we soon reached its end and turned back. It was at this point that we heard the raised voice of a man, it carried clearly across the short front yard from a house. Even though it was Chinese you could hear the aggression in the language. Then a sound of a fist joined the shouting and behind it, the quieter yelps of a woman being beaten. I’d never heard this sound before, but it was unmistakable and sickening.

I stood transfixed, horrified by the wild brutality in the peaceful night.  Should I intervene? How would the unwanted outsider, a foreigner, bursting into their house be received? As I hesitated, a figure appeared from the shadows, running past us into the house and the noise quietened. I was relived, thankful that I had not had to decide. That I wouldn’t have to live with the guilt of walking away, or the thought that his shame might have later led to blame and reprisals. We slunk away in silence; the sound of the beating repeating in my memory.

I expect travelling in these remote corners of a country to give insight into life and local culture, and I expect some discomfort and inconvenience, and to see things that are unpleasant. But this weekend was too much, too private and too real. This reality had been too vividly shown in the actions of the villagers and overly emphasised by the distance that being part of a group maintained. It showed more than could ever have been told in sign boards, in exhibits or galleries of pictures or documentaries. This was as uncensored and shocking as a snuff video, of real lives sold cheap; it was a deal too far.

For a less ‘negative’ account of the holiday see published article 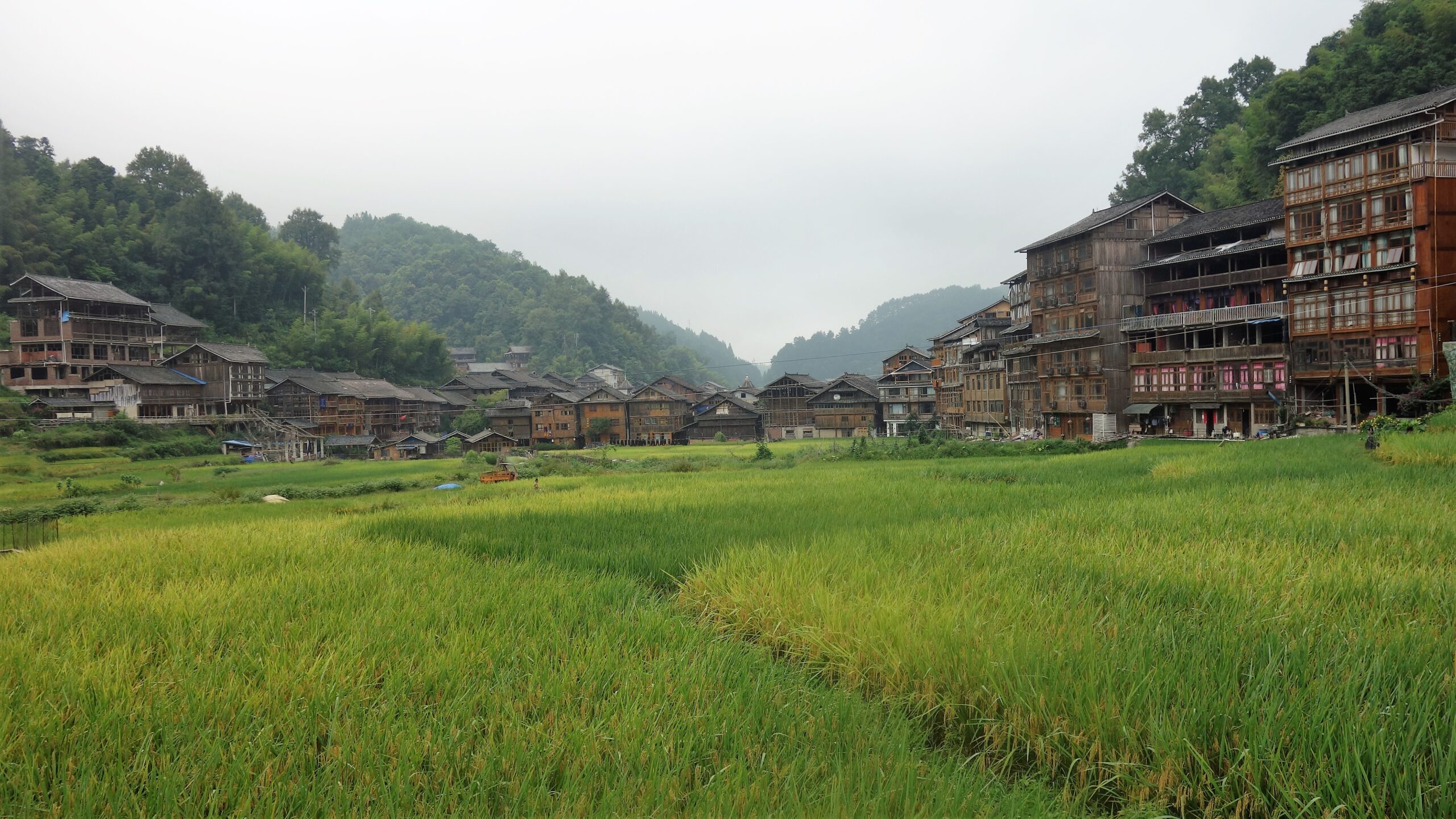