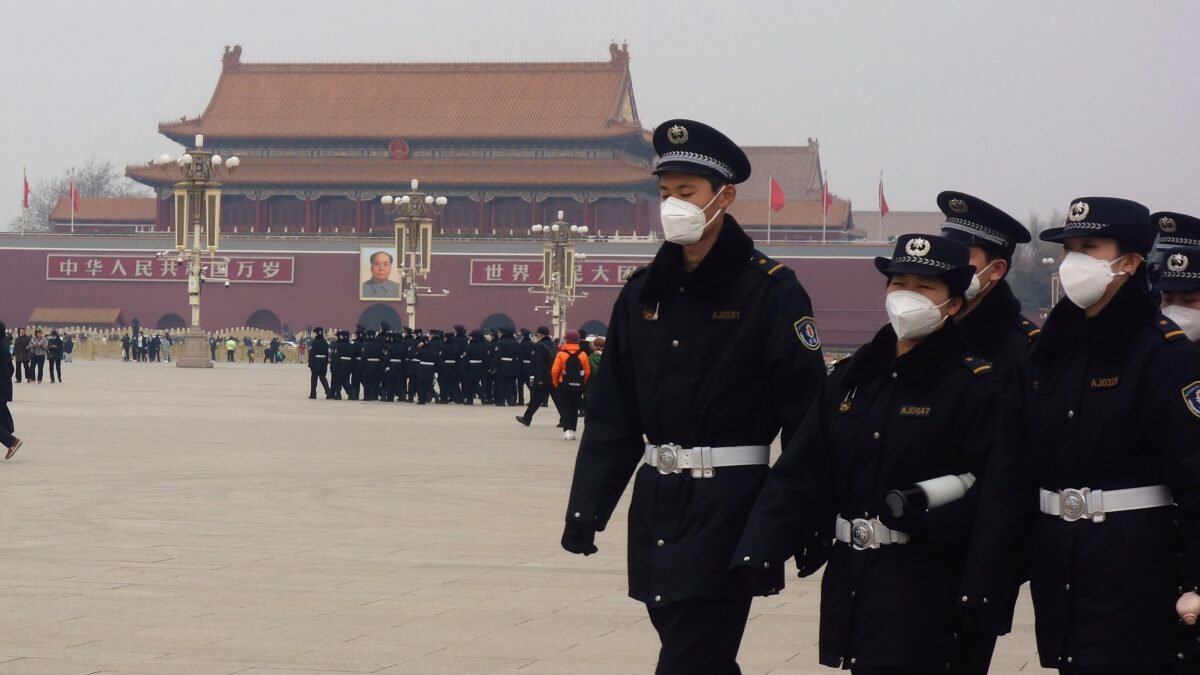 Tiananmen Square is easy to dismiss as just a large and ugly expanse of concrete – which it is. At first glance there isn’t much to see and standing around in this shade less and open area is nasty in the bitter cold of winter and almost unbearable in the heat of summer. But it is something that must be seen and experienced as part of any Itinerary of the country because it encapsulates the nation’s modern aspirations and the baggage of its past.

A glance at any map of Beijing shows how the square stands bang centre of the city. Often it is highlighted, and with the ring roads circulating around, it’s like the bull’s eye in a target. This whole area has been, for centuries, considered the centre not just of China, but of the world. So common is the convention to place Greenwich in the middle of a map that it can be disorientating to discover that for a large portion of the world’s people and for longer than the modern west’s existence, the centre has been here.

The square is modern. Built immediately after the founding of the communist state in 1947. Before that, the forbidden city and its grounds encompassed all the area. Now, the still sizable home of the god appointed emperors is at the Northern end, accessible through the original gate beneath the portrait’s gaze of Mao Zedong. To the West is the Great Hall of the people, symbolically bigger than the old gods home. Built in the Chinese communist style of the 1950s it boasts the largest hall in the world. It is a strong and solid building, symmetrically perfect, its lines and edges sharp and smart as a military uniform. Its front pillars are like the bars of a prison and with its hard, granite face it’s easy to imagine the cold detachment of the administration that works behind the walls and once directed tanks outside to roll across the square. 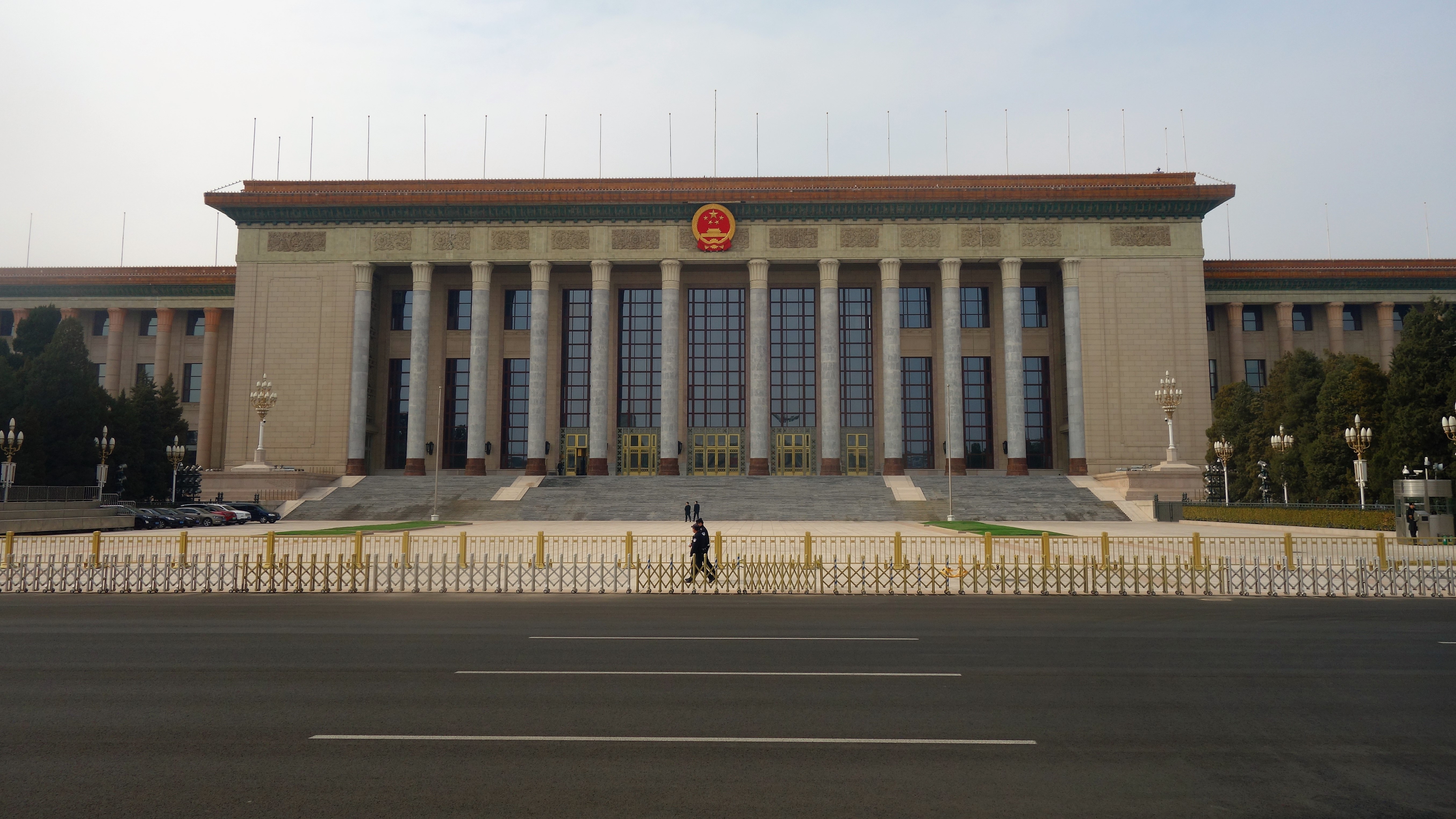 Opposite is the National Museum of China, finished at the same time as the Great Hall it has been recently renovated. It’s another flag decked, grey, square block of the same communist style. It houses the cultural relics that illustrate the history and culture of China through the last 1.7 million years. It’s worth a visit to grasp the length of Chinese history, appreciate its inventiveness, the cycles of its civilization as its peeks then falls into corruption and internal feuding through the dynasties.

On the square itself, the largest public square in the world, there is the monument to the People’s Heroes. Around the Buddhist styled base are sculptures depicting the struggle of the Chinese people against the foreign and internal enemies of the last hundred years. ‘The century of shame’ as they tellingly call it.

There is also the Mausoleum of Mao Zedong. Like its counterparts in Moscow and Ho Chi Men it contains the embalmed body of the new nation’s founding father. And like the other county’s shrines, it is rarely open. When it is, long queues form to shuffle past his waxy remains. As an attraction it has mixed reviews, but aside from the mummified man, the clear love and respect shown by Chinese people is interesting to observe. 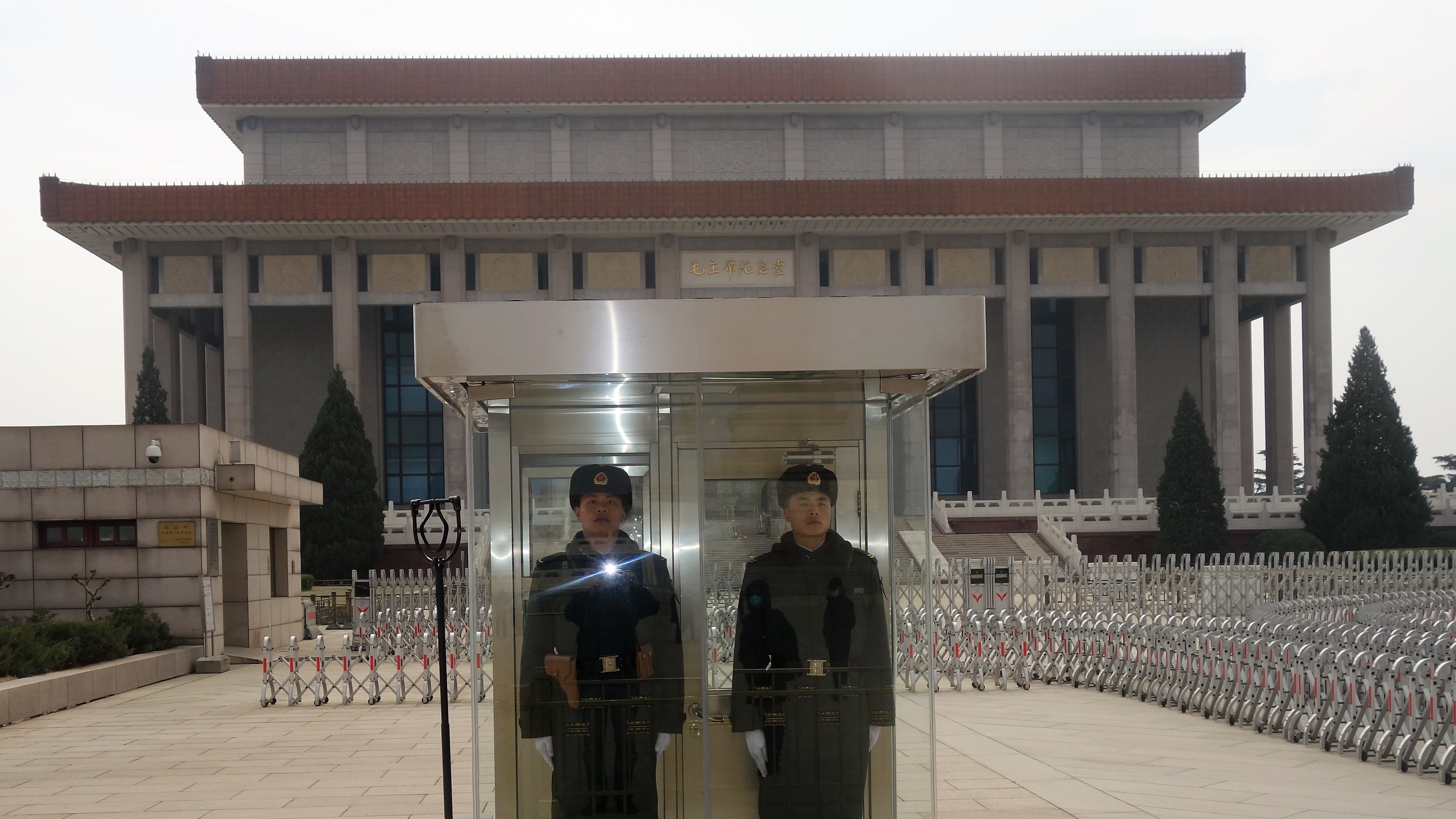 There are other sculptures outside the mausoleum that depict the revolution in the enthusiastic and determined faces of workers and peasants. The figures are wonderful works of art that exactly capture the excitement and hopes of strong, young, ordinary people, surging forward.

To the south of the square past the old railway station lies a massive new shopping and restaurant area built in stone and wooden designs that mimic traditional Chinese architecture. This style is springing up in cities all over China in a same way, albeit massively upscaled, that faux Victoriana spread over 80s Britain. It is attractive though, and although modern it is uniquely Chinese. You can wander for hours along the streets, try some traditional snacks and foods as well as visit expensive shops, chain stores and designer goods. . 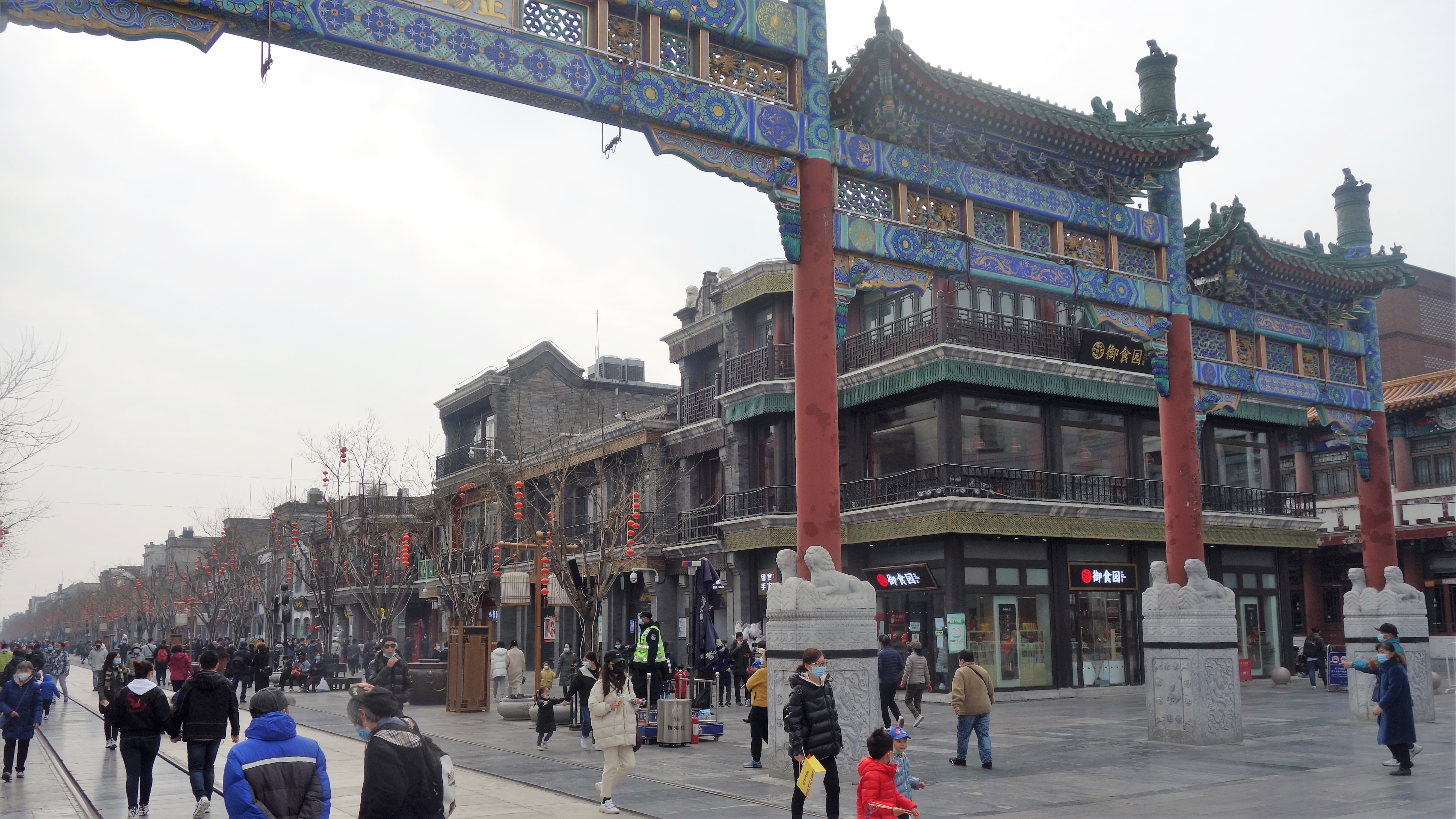 Tiananmen square is important. It’s where the parades of soldiers and missiles pass. Where celebrations of important national anniversaries and the daily flag raising ceremony is held. It symbolises the centre of China and its centre of power.  The square lauds the revolution and the might of the party at its core, but it is also tied with proud reminders of its glorious past and of the new miracle of its commercial strength.  It doesn’t look much, but appearances are deceptive. The magic of Tiananmen is the feeling that you get as you pause and look around. It emanates from China’s history, from the unimpeded power within the buildings and the reminders of grainy YouTube videos. It’s channelled by the bitterness and triumphalism carved in its stones into a symbolic and tangible force of will, of control and of authority.